Superfoods are sometimes called medical foods. But these types of food are superfoods mostly in Holistic medicine. In Conventional medicine, most so-called medical foods are artificial, GMO-based, non-organic, toxic and inadequate for human and animal well-being. Insure for example, a medical food given to the hospital frail and elderly, is a catastrophe that accelerates their biological demise. We will demonstrate this observation in another post.

The term superfoods is not commonly used by conventional doctors and nutritionist experts nor mainstream dietitian, most of whom dispute that particular foods have the health benefits claimed by their advocates.

On the other hand, Holistic Superfoods are biologically active in key physiological process, from inflammation and coagulation to being antioxidant, nutrient and fiber dense, blood thinning and detoxifying, among other attributes. Conventional medicine and conventional nutritionists experts including the NIH don’t even recognize detoxification as a valid medical intervention, these medical experts actually characterize detoxification, either via nutrition or other techniques like heat as pseudo-science and quakery. (See the Detox file)

Superfoods are foods that stand out from the rest because of their unusually dense nutrient content, (1,2) in other words, superfoods generally have high amounts of antioxidants, vitamins, and minerals as well as healthy fats, high-quality protein, great Carbs, nucleic acids and fiber, all in the right proportion.

Proportion or ratio is key when it comes to food. Too much meat protein for example can lead to death, either rapid and direct (Source) or via chronic diseases.

Superfoods are also characterized by what they  don’t contain, in contradistinction  to the subsidized toxic and GMO foods the goverment and its lackeys promote, these are added sugars, synthetic and-or animal fats, moldy grains, refined flour, vegetable oils, A1 dairy, bacteria-rich meat, food additives, such as artificial colors and flavors and, inter alia, GMO-pesticided “food” or “ingredients”.

In 2007, the marketing of products as superfoods was prohibited in the European Union unless accompanied by a specific authorized health claim supported by credible scientific research. In the US, the First Amendment of the US constitution favors a more liberal approach while the FDA forbids any foods to be labled with specific health claims unless it goes through the billion dollars FDA clinical drug approval process. For the Government, only recognized prescription drugs can have medical effects. 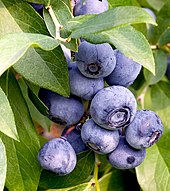 Commonly cited as a superfood, blueberries provide moderate levels of nutrients compared to vegetables and other fruits.[3][4] Bleuberries have been proven to outperform many prescription drugs (Source) Wild blueberries are much more of a superfood than farmed bleuberries.

Many of Nature’s superfoods are wild foods, like forest mushrooms, that have not been altered by chemical and artificial human intervention.

Some of these superfoods can be combined with other superfoods or healthy non-superfoods, thanks to which this synergy is much greater than taking the two superfoods alone, in other words, the “ensemble” is greater than the sum of its parts. This is the case for tumeric and black pepper or tomatoes with olive oil. (See section on Food synergies).

The Legal Landscape: from abuse in marketing to abuse in regulatory schemes

The term superfoods has no official definition by regulatory authorities in major consumer markets, such as the United States Food and Drug Administration and Department of Agriculture or the European Food Safety Authority.[5] It appears to have been first used in a Canadian newspaper in 1949 when referring to the supposed nutritional qualities of a muffin.[2]:68 In the late 20th and early 21st centuries, the term “superfood” was used as a marketing tool for selling specific foods, dietary supplements, foods with selected food additives, and self-help books about fad diets, promising an enhancement to health. “Superfood” products were sold at a higher price than similar foods not marketed with the label.[2]:71-71[6] The purported health benefits and effects of many foods described as superfoods are unsupported or disputed by scientific studies.[1]

As of 2007, the marketing of products as superfoods was prohibited in the European Union unless accompanied by a specific authorized health claim supported by credible scientific research.[7]

The ruling was a marketing guide issued to manufacturers to assure scientific proof or evidence why a food would be labeled as extra healthy or classified as a superfood.[7]

The European Food Information Councilstated that it was impractical for people to have a diet based only on superfoods when nutrients are provided readily from a diet based on a diversity of foods, especially a diet including fruits and vegetables.[1]

According to Cancer Research UK, “the term ‘superfood’ is really just a marketing tool, with little scientific basis to it”.[8] According to Catherine Collins, chief dietitian at St George’s Hospital in London, usage of the term can be harmful. Collins has stated that “[t]he term ‘superfoods’ is at best meaningless and at worst harmful. There are so many wrong ideas about superfoods that I don’t know where best to begin to dismantle the whole concept.”[9] Cancer Research UK notes that although superfoods are often promoted as having the ability to prevent or cure diseases, including cancer, they caution, “you shouldn’t rely on so-called ‘superfoods’ to reduce the risk of cancer. They cannot substitute for a generally healthy and balanced diet”.[8]

Superfruits are a subset of superfoods as first used in 2004.[10][11][12] The designation of a fruit as a superfruit is entirely up to the product manufacturer, as the term is primarily used to create consumer demand.[11][13][14]

The Dutch food safety organization Voedingscentrum noted that the health claims marketers used to sell goji berry, hemp seed, chia seed, and wheatgrass were not scientifically proven.[15] The organization warned that people who consumed such foods in large quantities may develop an “impaired, one-sided diet”.[15]

According to mainstream experts, berries remain under research and do not have evidence of providing any health benefits different from other fresh fruits.[1][16][10] Specifically, allege these experts, blueberries are not especially nutrient dense (a superfood characteristic);[1] they have, it is claimed, moderate content of only three essential nutrients: vitamin C, vitamin K, and manganese.[4]

From these claims, it is obvious that many governmental federal agencies are in bed with corporate industrial Big Food and GMO-based agri-business. Bleuberries, like goji berries, pomegrenate, wheatgrass, hemp and chia seeds are true superfoods in that they outcompete by far most vegetables and fruits in terms of their nutrition, their healing effect, their detoxification bang and their brain rejuvenation, including with blueberries. Hundreds of supporting articles exist. Some of which the H.M. Institute publishes.

Millions of consumers who buy superfoods can’t be that dumb and all the more so that it is usually the wealthier social categories of Society that buys these foods. In 2007, the superfoods category was forecast to become a billion dollar global industry by 2011,[17] with several thousand new superfruit products expected to enter the marketplace. According to Datamonitor, superfruit product launches grew at a rate of 67% (2007–2008).[10][17]

In this perspective, the company Tahitian Noni began selling noni juice in 1996 and achieved billions of dollars in sales during their first 10 years.[18] Earlier reports showed pomegranate-based products grew nearly 400% over 2005–2007 from new product launches, a gain that exceeded the previous 6 years.[19] Similarly, sales of XanGo, a multiple-fruit juice containing mangosteen juice, grew from $40 million in 2002 to $200 million in 2005.[18]

Manufacturers may use some fruits to enhance the flavor of food products in an attempt to mask other tastes or provide impressions of novelty and health.[10][20] Five thousand new products were introduced in 2005 based on berries alone.[10][21] The superfruit category was one of the top 10 global trends in consumer products in 2008.[22] By 2013, however, innovation in superfruit products appeared to be in decline, with fewer new introductions to the category.[10] Over the years 2011 to 2015, however, the number of food or beverage products containing the words “superfood”, “superfruit” or “supergrain” had doubled.[23]