The human gut has “a diverse collection of microorganisms making up some 1,000 species, with each individual presenting with their own unique collection of species.” But it wasn’t known whether this variation is on a continuum or if people cluster into specific classifiable types until a famous study analyzed the gut flora of people across multiple countries and continents. The researchers identified three so-called enterotypes. It’s pretty amazing that with so many hundreds of types of bacteria that people would settle into just one of three categories. The researchers figured that our guts are like ecosystems, similar to how there are a lot of different species of animals on the planet, but they aren’t randomly distributed. You don’t find dolphins in the desert, for example. Instead, in the desert, you find desert species, and, in the jungle, you find jungle species because each ecosystem has different selective pressures, like rainfall or temperature. This study suggested there are three types of colon ecosystems so you can split humanity into three types: people whose guts grow out a lot of Bacteroides-type bacteria, those whose guts are better homes for Prevotella, and others who foster the growth of Ruminococcus.

If you think it’s amazing that researchers were able to boil it down to fit everyone into one of just three groups, subsequent research on a much larger sample of people was able to fold Ruminococcus into Bacteroides, so now everyone seems to fit into one of just two groups. So, now we know, when it comes to gut flora, there are just two types of people in the world: those who grow out mostly Bacteroides and those who overwhelmingly are home to Prevotella species.

The question is why? It doesn’t seem to matter where you live, whether you are male or female, or how old or skinny you are. What matters is what you eat. Researchers looked at more than 100 different food components, and a theme started to arise. Different groupings of bacteria were associated with the presence of a particular food component in the diet. In my video What’s Your Gut Microbiome Enterotype?, you can see this illustrated in what’s called a heat map. Each column of the heat map is a different grouping of bacteria, and each row is a food component. Red is like hot, meaning a close correlation between the presence of a particular bacteria and lots of a particular nutrient in the diet. Blue is like cold, meaning you’re way off—a reverse correlation, meaning lots of a nutrient is correlated with very low levels of a bacteria in our gut. Bacteroidesand Prevotella are kind of opposites. When it comes to things like animal fat, cholesterol, and animal protein, Bacteroides is red and Prevotella is blue, but when it comes to plant components like carbohydrates, Prevotella is red and Bacteroides is blue.

The study results clearly showed that the components found more in animal foods are associated with the Bacteroides enterotype, while those found almost exclusively in plant foods are associated with Prevotella. So, it is no surprise that another study found that African Americans fell into the Bacteroides enterotype, whereas most of the native Africans were Prevotella. This may matter because the Bacteroides species generally are associated with increased risk of colon cancer, our second leading cause of cancer death, yet a disease almost unheard of among native Africans. The differences in our gut flora may help explain why Americans appear to have more than 50 times the rate of colon cancer.

If whichever gut flora enterotype we are could play an important role in our risk of developing chronic diet-associated diseases, the next question is whether we can alter our gut microbome by altering our diet. The answer? Yes. Diet can rapidly and reproducibly alter the bacteria in our gut. Learn more in my video How to Change Your Enterotype.

More videos on the microbiome:

Who we have living in our gut may also play a role in autoimmune diseases. See Why Do Plant-Based Diets Help Rheumatoid Arthritis? and Gut Dysbiosis: Starving Our Microbial Self.

Common drugs prescribed to hundreds of millions of people worldwide, including statins to lower cholesterol and acid blocking drugs like Nexium and Prilosec, could be adding fuel to the fire of antibiotic resistance and disruption of the “microbiome.” According to a recent study titled “Extensive impact of non-antibiotic drugs on human gut bacteria” published in the medical journal Nature, researchers from the European Molecular Biology Laboratory (EMBL) found 27% of the over 1,000 non-antibiotic drugs they screened promoted antibiotic resistance and negatively impacted the gut microbiome. The common drugs showing detrimental effects included proton pump inhibitors (PPIs) like Nexium and Prilosec; hormones of all types; statins to lower cholesterol; diabetes medications like metformin; certain blood pressure lowering drugs; and allergy medications.

These results are frightening given the widespread use of the drugs that were found to damage the gut bacteria along with the known risks of overexposure to antibiotics leading to the serious consequence of antibiotic-resistant strains of microbes. Another key implication from this study is that it brings to focus how important it is to consider the microbiome in health evaluation and choose not only food and supplements to support it, but also avoid drugs that can potentially disrupt it. It also is a call to action for personalized assessment of the gut microbiome for anyone with a history or current use of these drugs.

There are two topics to quickly discuss. First, the problem of the promotion of antibiotic-resistant bacteria. Second, the role of the microbiome in health and disease.

Antibiotic resistance is a huge and potentially catastrophic event taking place. These resistant microbes are often called “superbugs.” One of the more popular superbugs is methicillin-resistant or MRSA. An infection of this flesh-eating organism is extremely difficult to treat and can be fatal. Each year in the United States, at least 2 million people become infected with superbugs leading to over 100,000 deaths a direct result of these infections or from complications produced by the infection.

What has led to these superbugs becoming such a problem? The over prescribing and irrational use of antibiotics along with the use of antibiotics in animal foods like meat and dairy. And, here is something to think about. In 2011, 80% of all antibiotics sold in the United States were for use in food-producing animals like cows, pigs, and chickens. The antibiotics are also given to these farm animals not only to treat infections, but also is routinely added to animal feed to promote growth. This use means a greater production of meat or milk in shorter periods of time. It is a huge problem for the microbiome as antibiotics are known to severely disrupt the microbiome..

What is the microbiome? It is the biggest topic in medicine these days and the term refers to the collection of the DNA of gut microorganisms. There are now literally thousands of scientific articles showing that the microbiome influences our overall wellbeing and plays a key role in:

The current consensus of scientific thought is that widespread antibiotic use is not only creating these super bugs it is also greatly increasing the risk of virtually every human malady by disrupting the microbiome.

The goal of the study was to generate a comprehensive resource of drug actions on the microbiome to facilitate more in-depth studies to follow. The EMBL researchers developed a highly sophisticated screening model to systematically map interactions between 1,197 different drugs and the growth of 40 gut microbes that included bacteria representative of the gut microbiome of healthy individuals as well as a handful of potentially harmful strains.

The results were that drugs from all major classes and indication areas exhibited harmful effects on the growth and activity of at least one organism. One of the most important findings was that the microbiome species that are associated to health because they are found in higher abundance in healthy individuals were significantly more susceptible to non-antibiotic drugs. This result led the authors to “suggest that these drugs have an even larger impact on the gut microbiome.” They negatively affected key species related to healthy status such as bacteria that are critical to having a healthy intestinal lining.

While all classes of drugs are implicated in microbiome disruption, the most disruptive were PPIs like Nexium and Prilosec; diabetes medications like metformin; hormones of all types; drugs used for mental disorders; certain blood pressure medications; and chemotherapy agents.

What this study represents is a growing awareness on the role of the microbiome in health and disease. Clearly, if you have a history of taking any medication implicated in disrupting the microbiome or you simply want to know the current status of your microbiome, I recommend that you get your microbiome assessed in order to find out how to improve it. How do you do that? There is only one commercially available test that gives you accurate and useful information that you can apply to take the steps in creating a healthy microbiome. It is called Viome and it is the most accurate home microbiome test on the market. It not only measures the trillions of microbes in your gut microbiome, it measures their biochemical activity. It is a revolutionary approach to health assessment that is truly 21st century health care at its finest. You receive your results on the Viome App—an easy-to-use mobile app that’s basically like having a health coach or nutritionist in your pocket. You also receive personalized, regularly updated dietary recommendations based upon your results, along with a diet and nutrition plan unique to your test results to help you achieve high level wellness.

After thoroughly reviewing the Viome materials and methodology, I was so convinced of the benefits that I ordered my own kit. The results were extremely enlightening, reassuring and helpful. I am a firm believer in assessing health markers whether it is weight, body fat percentage, blood pressure, glucose levels, etc. They provide a dashboard. Given the importance of the microbiome to health, assessment of its composition and activity through Viome may be the most important health marker available. Click here for more information on Viome and receive $50 off your order. 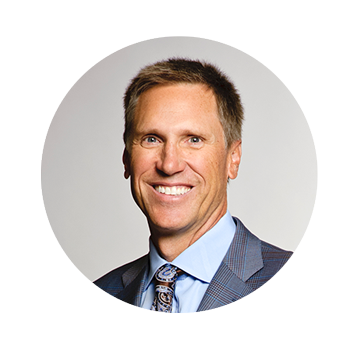